On February 5th and 6th the main representative of the world of research, universities, innovative companies and start-ups and Scientific Attachés gathered in Rome at the Ministry of Foreign Affairs and International Cooperation coming from their offices abroad for the annual meeting.

The network made up of scientific employees is one of the main tools for the promotion of the Italian System in the field of science, innovation and technology and is the promoter of scientific diplomacy in the world.

The meeting saw two days of intense work about “Health 4.0 and Innovation especially made in Italy”.

At the International Conference Hall on February 5th, the Minister of Foreign Affairs and International Cooperation, Angelino Alfano, and the Minister of Education, University and Research, Valeria Fedeli, opened the meeting focusing on the importance of science, innovation and technology that is destined to represent a key variable in relations with the rest of the world and have highlighted the successful case of cooperation with China thanks above all to the consolidation of the structured dialogue tool focused on the “Italy-China Innovation Week” “- coordinated by Città della Scienza on behalf of the Government – which has distinguished itself for the quality and quantity of agreements and cooperation agreements signed between Italian and Chinese institutions over the last few years.

Some of the speakers were the highest representative of  the research world, including Massimo Inguscio President of the CNR and of the public research institutions Consulta, Gaetano Manfredi President of the Italian University Rectors Conference, Maria Chiara Carrozza Scientific Director of the Foundation Don Gnocchi Onlus, as well as rectors of Universities, directors of Research Centers, Presidents of National Technological Clusters and many Italians who work to bring Italian innovation in the world. The works were moderated by Vincenzo De Luca the General Director for the promotion of the Country System and closed by Elisabetta Belloni the Secretary General of the Ministry of Foreign Affairs.

During the opening  session China resulted to be  the main country working with Italy in science and technology, it is enough to see the exchange of messages between the Presidents Mattarella and Xi Jinping to congratulate on the launch of the CSES (China Seismo -Electromagnetic Satellite), the first satellite that China has ever developed with a Western country for monitoring natural disasters, with particular reference to seismic events. The Scientific Attaché of the Embassy of Italy in China Plinio Innocenzi reported the words of President Xi who recognizes great importance to Sino-Italian relations and wishes to work together to strengthen exchanges and cooperation in all sectors between Italy and China, and deepen the Sino-Italian global strategic partnership, in order to provide more benefits to both countries.

Great part of speakers said they had active and meaningful collaborations with China, reaffirming the importance of scientific cooperation with China and above all of the internationalization program with the Innovation Week and of the National Cluster of Technology in China. 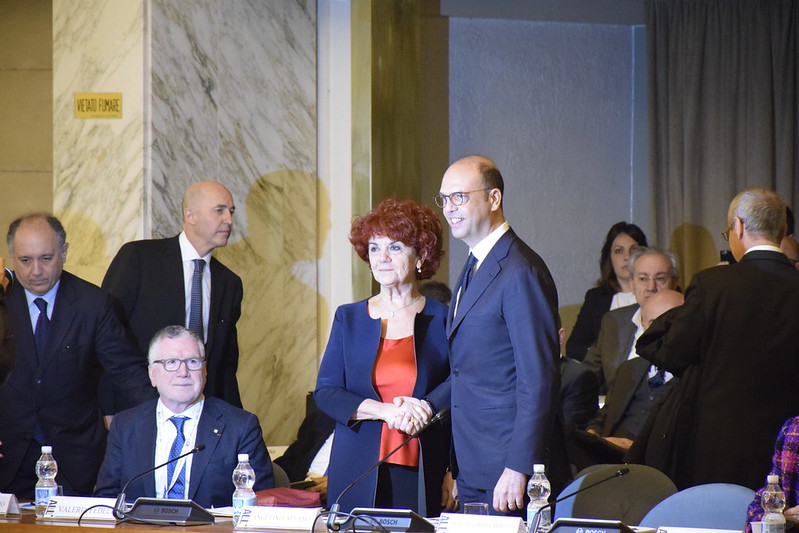